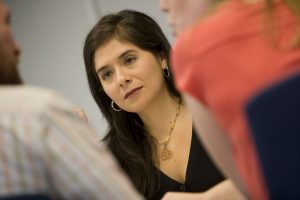 Women twice as likely as men to experience anxiety, research finds,” The Guardian reports. A new review that attempts to get a global snapshot of the prevalence of anxiety disorders identifies a number of vulnerable groups.

There are various types of anxiety disorder, but generally they involve feelings of unease, such as worry or fear, that can be mild or severe and affect daily life. Having an overwhelming sense of anxiety that “takes over your life” is described as having a generalised anxiety disorder.

There are many factors that can trigger an anxiety disorder, such as stress, physical conditions, genetic background and hormonal imbalances.

The researchers found that women, young people and those with other chronic diseases were disproportionally affected. Across countries, women were found to be twice as likely to be affected as men.

The researchers call for further research to be carried out on the illness, as well as investigating which type of interventions have the greatest benefit. There is also a need for further study of anxiety prevalence in developing and under-developed parts of the world, as there was a lack of representation.

Although feelings of anxiety at certain times are completely normal, you should see your GP if anxiety is affecting your daily life or causing you distress.

This site uses functional cookies and external scripts to improve your experience.

NOTE: These settings will only apply to the browser and device you are currently using.

If you require to contact us we will need your name and address, this is stored so we can get back to you.